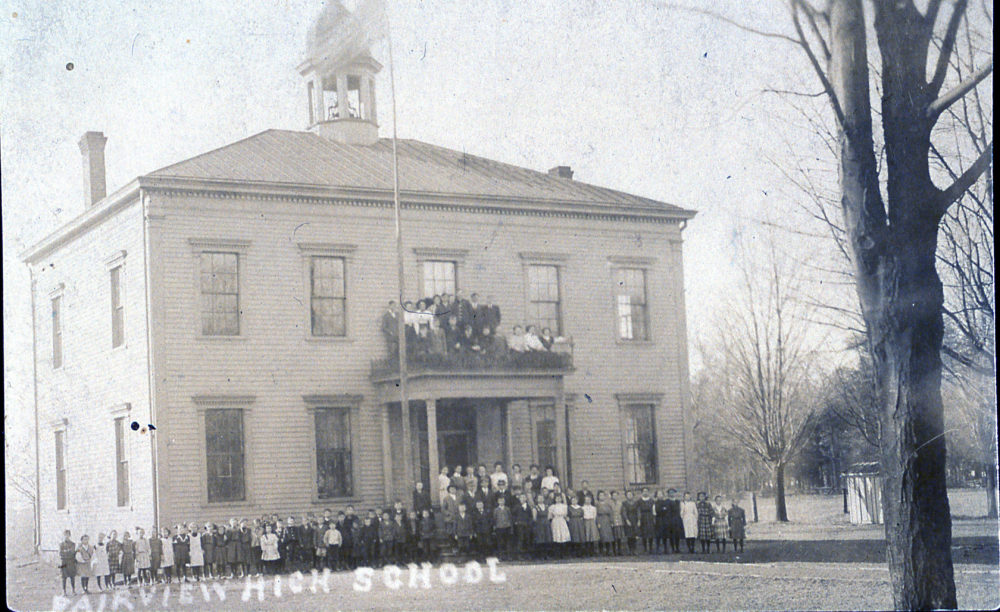 This business, listed in the Commencement booklet, was conducted by the seniors.

Back in 1926 one of the rites of passage for seniors was a class trip to Washington, D.C.  The booklet listed various fundraisers that the seniors conducted in order to raise money for the trip.  One way, described in some detail under the title “Cafeteria,” was to prepare and sell lunch to the student body one day a week.  The seniors began this project in February, on Tuesdays only.  The report went like this:

“Our school cafeteria, though lacking much in the way of equipment, has, nevertheless been established by the seniors.  It has been running regularly every Tuesday since February.  At the noon hour some of the older pupils of the grades came upstairs to eat while the     smaller children assembled in one of the lower rooms where the victuals were carried down to them by the waiters and served there.

“The dinner consisted of one hot dish, a side dish, sandwiches, crackers,milk and sometimes cocoa.  The hot dish sold for 10 cents, while the others sold for 5 cents (each).  The last dinner was served May 11, 1926.  The menu was: Scalloped corn, jello, hot rolls and milk.

“We wish to thank those who patronized us, as proceeds are to be used for a good cause.”

And, in the class history section, this entry described the process a little more:

“The Class served lunches every Tuesday at the school building.  A committee of three girls did all the work during one week, and by that   method everyone had a trial at serving for School groups.  Then, too, several food sales were held…”

The class of 1926 included eleven students, eight girls and three boys.  It might seem to some that the girls did more than the boys for this fundraiser, but perhaps the boys served as “waiters,” as mentioned in the first paragraph. No matter how it worked, it is a peek into school life in the mid-1920s. (One thing to note about this cafeteria program is that the Union School was for borough students only, all of whom could have walked home for lunch.)

The featured photo above is the Union School, the building these students attended in 1926.  The older students had classes on the second floor and classes for the lower grades were conducted on the first floor. This particular photo was taken earlier than 1926.

The building was historic – It was first built in 1866 on Depot Street (now north Avonia).  It burned down in 1891 and soon was rebuilt with the same architectural style as before in the same location.  The first school system in the county began in this building and by 1910 all four upper grades were offered. The building was the target for any number of Halloween pranks/practical jokes, some of spectacular extremes.  It continued in use for elementary students after the borough and township school districts united to build a new high school in 1927 on 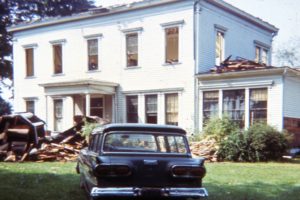 After another high school was built in 1961 (now the Fairview Middle School), the Union School was razed to make way for a post office.