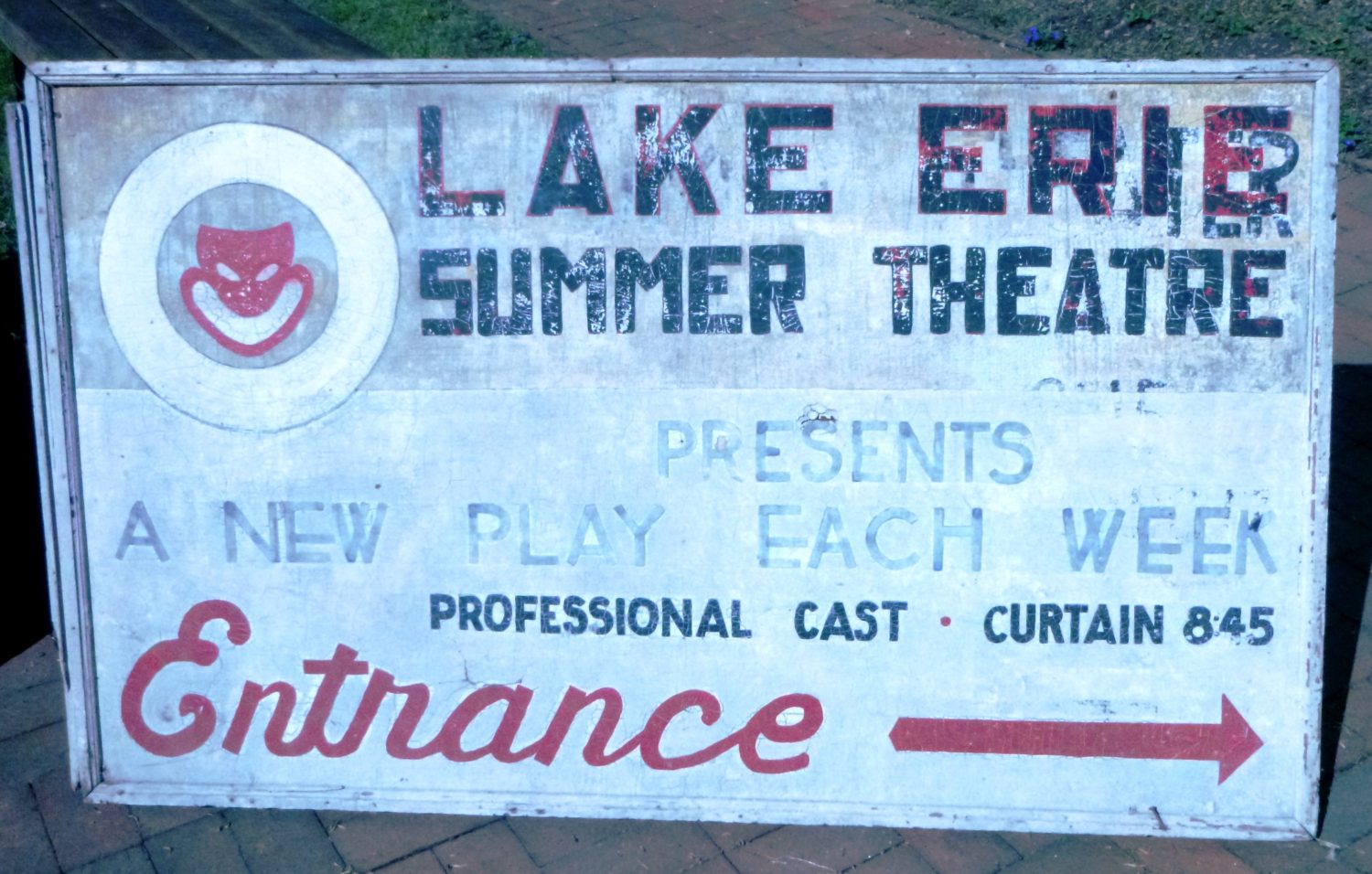 A few days ago someone approached a member of the Society and asked if we would like to have a sign.  It was spring cleaning time and a barn along Route 5 was in the process.

“Of course,” was the answer, so there it was.  This beautiful sign.  Obviously, on closer look, the theater information had been painted over another endeavor.  But this sign announced the Lake Erie Summer Theater.  Locally it was sometimes called the Red Barn Theater, which 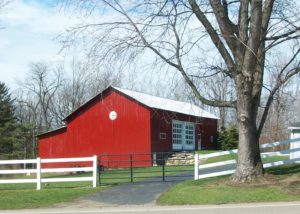 was located in the triangle made as Route 5 and Manchester Road converged.

The old Erie Dispatch Herald carried a review of a Noel Coward play titled “Hay Fever”on July 7, 1939 and this was the first mention that the company would be settling here in Fairview.  The reporter stated that between the second and third acts the director had announced this news about permanent quarters “at the White Swan Barn Theater beginning on Wednesday evening, July 12 (1939).”  The hope was that it would become a truly permanent part of the summer scene in the area.

The list of those attending that evening was interesting: “Mr and Mrs. George Taylor, the players’ prospective hosts at the White Swan Barn, Mrs. E. R. Behrend, Mrs. Arthur C. Vicary, Mrs. R. K. Jarecki, Judy W. E. Hirt and Mrs Hirt, Marjorie Vincent, and Director Harry Vincent of the Playhouse and a great many others who delighted to welcome the ebullient Noel Coward play back to Erie.” 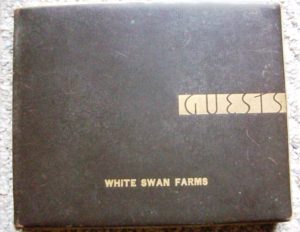 Members of the troupe signed the guest book at the White Swan Dairy building that summer and the next, with high praise for their accommodations (they were housed in the bungalows on the hill side), the quisine (Julia Moulton, wife of the dairy’s manager, prepared their meals) and the friendship of the Taylors.  Plus, of course, the setting, with the lake so close for off-hour fun and the sunsets that were unequaled.

The theater opened again in 1940 and perhaps in 1941, but with the U.S. entry into the war (WWII), the dairy closed sometime in 1942 and it’s possible the theater did not try to open.  Gas and tires were at a premium… most going for the war effort.

A few of the players had minor successes – Paul Bedford, Virgina Maddocks, Gertrude Ogsbury and Richard Baldwin. Eleanor Wilson was nominated for a Tony for her work in 2002.  Most notable was Eileen Heckert, who performed on Broadway in some well known plays.  The two best known were “Picnic” and “The Voice of the Turtle.”  Movies included “The Bad Seed,” “Bus Stop,” “Miracle in the Rain” and more.

Meanwhile, the sign has been sitting in an obscure corner of the red barn for more than 75 years.  We are so glad to have it – another little piece of Fairview’s history!