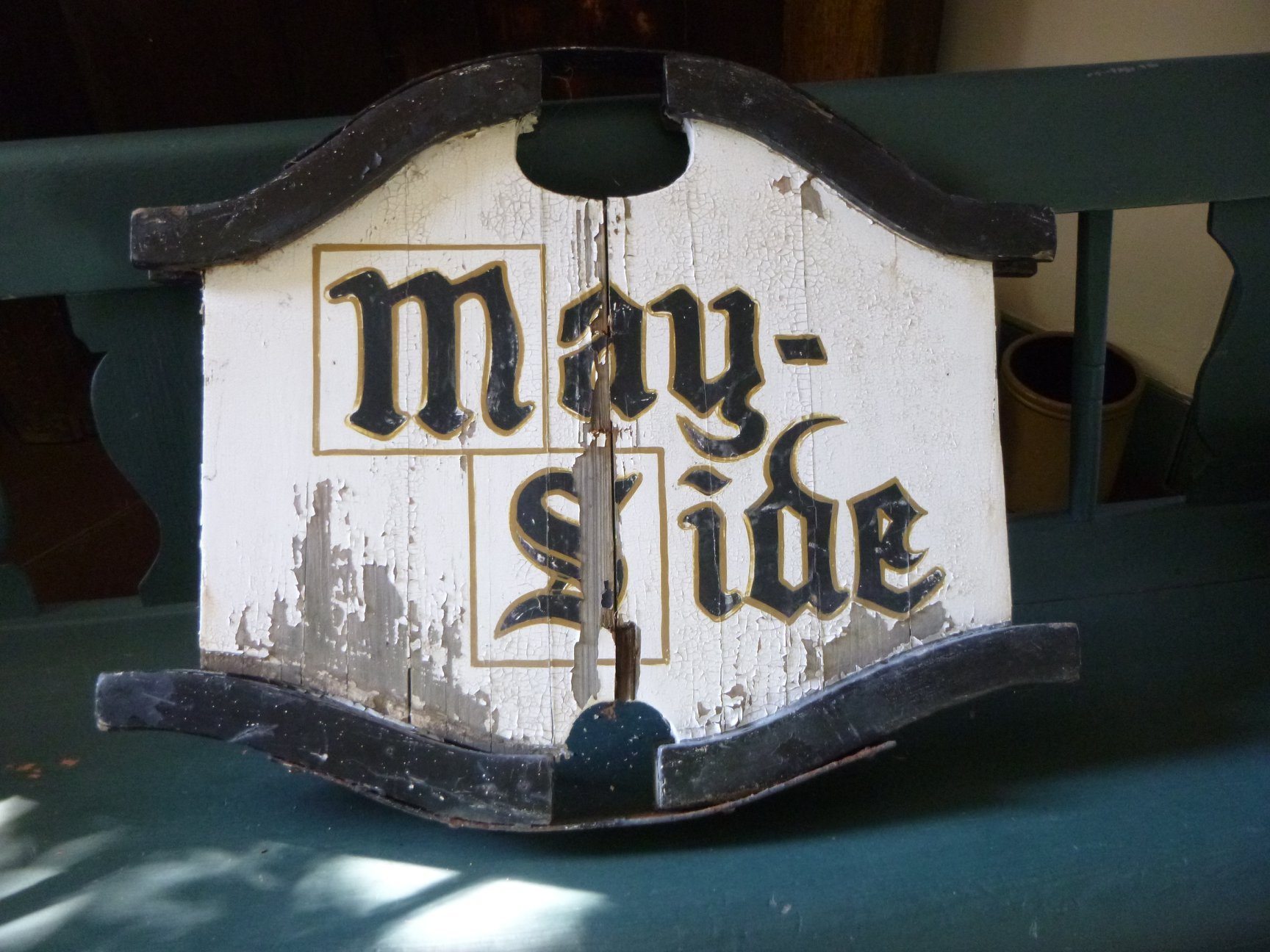 This sign was donated to the historical society last year and a display place has been found for it where it will be seen when the repairs are completed.

One of the uses of the Mayside building and grounds after the Civil War was as a resort. Capt. Christian Sexauer owned and operated it as such. Here’s an announcement for an event there from the September 7, 1882 Cosmopolite:

“Captain C. Sexauer of Mayside will give a social party at his popular resort on Monday, Sept. 11th, to celebrate Perry’s Victory on Lake Erie 69 years ago, to which he cordially invites all respectable, well behaved people. Admission 50 cents per couple. Refreshments and horse feed extra.”

(From Wikipedia) During the war against Britain, Perry supervised the building of a fleet at Erie, Pennsylvania. He earned the title “Hero of Lake Erie” for leading American forces in a decisive naval victory at the Battle of Lake Erie, receiving a Congressional Gold Medal and the Thanks of Congress. His leadership materially aided the successful outcomes of all nine Lake Erie military campaign victories, and the victory was a turning point in the battle for the west in the war. He is remembered for the words on his battle flag, “Don’t Give Up the Ship” and his message to General William Henry Harrison which reads in part, “We have met the enemy and they are ours; …”