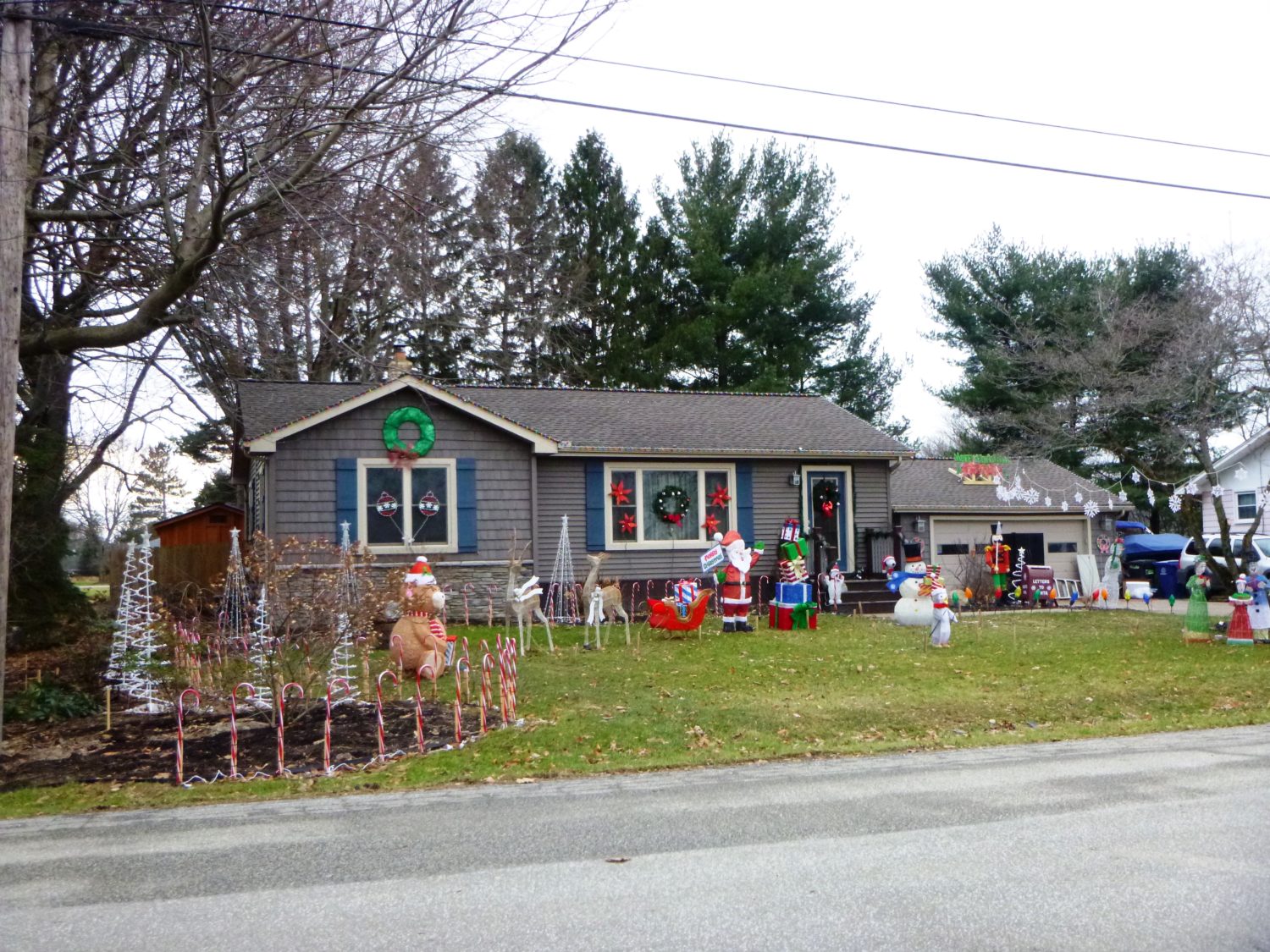 One of this website’s “friends” passed along a contact name for “Operation Griswold,” which was mentioned here in a pre-Christmas post. The owner of the house in Princess Ann, Fred Wienecke, said he has a bit of the fictional “Clark Griswold” in him, liking lots of outdoor lights at Christmas time. As an Air Force veteran, he found a way to combine his likes and and his own story in order to help others. Specifically, he developed a fundraiser to help the veterans who reside at the Soldiers and Sailors Home (S&SH) in Erie.

It began in 2017 when he invited friends and acquaintances in for a pre-light show party. They along with others opened their hearts and purses and donated nearly $1,000 to the cause – that of buying items for the folks at the S&SH. These items included toiletries, socks, underwear, puzzles, yarn for the people who knit items for the veterans, etc. The project also will include working with the activities coordinator to find other ways to help, such as improving the game room, possibly providing a new pool table, etc.

Fred established a timeline for the activity and begins accepting funds on November 1. This continues through the Friday before Christmas. In 2018 his efforts doubled the previous year’s donations.

In 2019 he might invite a Santa Claus to visit during the pre-light show party.

As part of the timeline Fred turns on his outdoor display at 6 p.m. every evening from December 1 through December 31 and turns it off at 9 p.m. He synchronizes the lights to a musical selection of 15 or so songs, then repeats it throughout those three hours. All at his own expense.

Anyone who missed the opportunity this year to contribute to this cause can still do so by sending a donation directly to the S&SH, earmarking it as an “Operation Griswold” donation. And, anyone with some spare time might also visit with the veterans (“Some have no family left to visit them,” said Fred) and maybe stay for a game or two of chess.