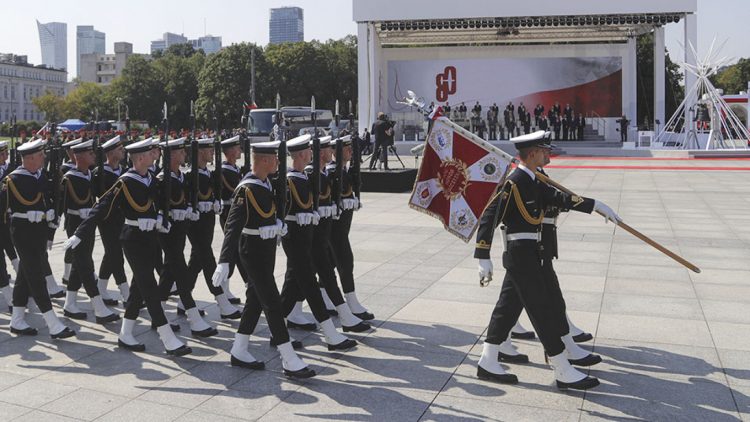 Before this first week of September ends, a few dates early in the week should be acknowledged.

Eighty years ago, at 4:45 a.m. on September 1st, a German battleship in the Baltic Sea “opened fire and assault troops stormed the shoreline of Poland.  Without a declaration of war, 1.5 million troops stormed Nazi German’s 1,750-mile border with Poland… They came by land, by air and by sea…”

Great Britain and France were allies with Poland and on September 3, they declared war on Germany, marking the beginning of World War II.  It would be two years, three months and five days before Japan attacked the U.S. Pacific Fleet moored at Pearl Harbor, Hawaii, and the U.S. entered the war. (December 7, 1941 – “a date that will live in infamy,” said U.S. Pres. Franklin D. Roosevelt)

World War II was the most devastating, most destructive war the world has ever seen. Fifty to fifty-five million civilians were killed; 21 to 25 million military personnel were killed.  Millions more were injured.

(At right – Fairview’s Honor Roll of men and women who served.)

Germany surrendered unconditionally on May 7, 1945, but the war did not end until September 2, 1945 when General MacArthur accepted Japan’s formal surrender aboard the USS Missouri in Tokyo Bay.

This week, on September 2, ceremonies were held in Poland to commemorate the horrific events that occurred there 80 years ago.  The featured photo shows a unit of Polish troops passing in review before the world leaders who have collected there to attend the commemoration ceremonies.

Another event occurred on Monday, September 2 with the traditional U.S. celebration of Labor Day.  Even though school started earlier in some districts, the Labor Day holiday marks the end of summer.

“It was created by the labor movement in the late 19th Century and became a federal holiday in 1894… It originated during one of American labor history’s most dismal chapters.” It was born out of riots, strikes, confrontations and even deaths.

Setting the date on a Monday made Labor Day a three-day holiday for Americans.