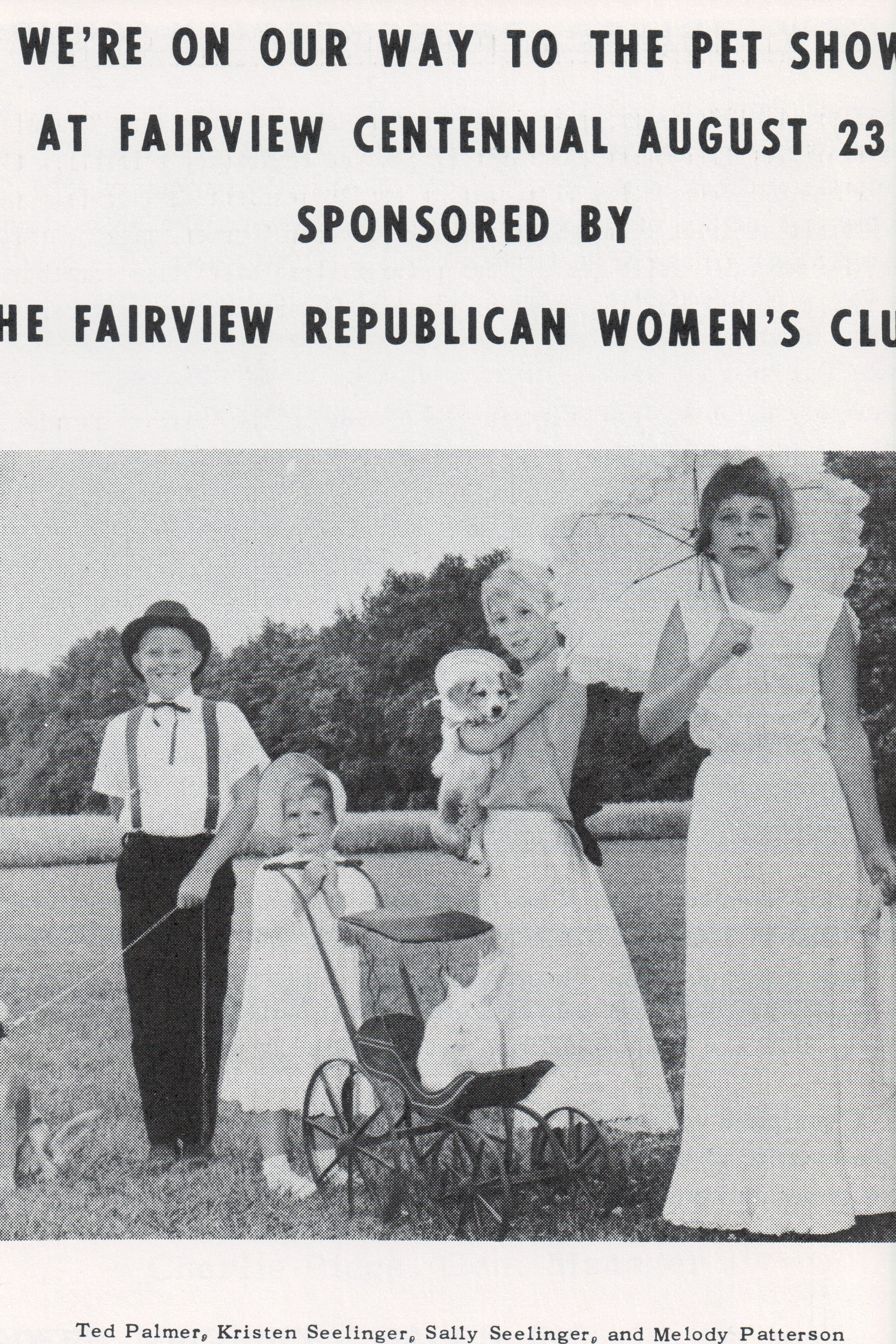 On Friday, August 23, 1968 of Fairview’s Centennial Festival the first event of the day was a pet show, beginning at 12:30 p.m. at the Fairview Elementary School.  The Republican Women sponsored the event with the Methodist Women and the Boys Scouts making and serving refreshments, respectively.  A form was published several days earlier for anyone planning to register a pet.  Just about every kind of pet was welcome – except “elephants and donkeys.”  A complete list of winners was published the following week with everyone who entered winning honorable mention or above. 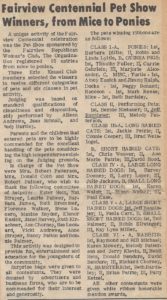 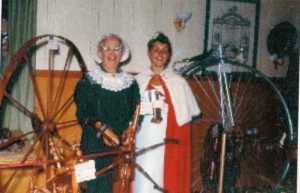 Some of these antiques are now part of our collection. 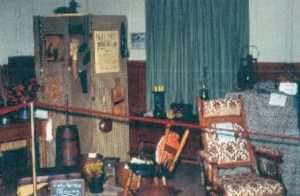 The Beard Judging Finals began at 6 p.m.  Quite a few local men grew great beards for this event, taking most of the winter, spring and summer to grow the right look.  Some, despite looking good in their beards ended up in jail anyway.  The Kangaroo Court did not discriminate! 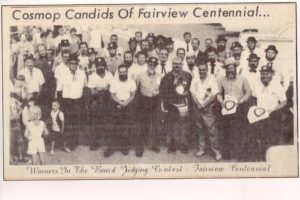 A closer look at some of the participants – 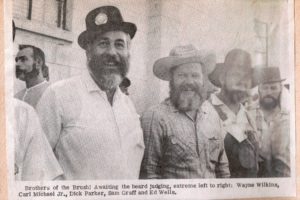 The Kangaroo Court was busy! 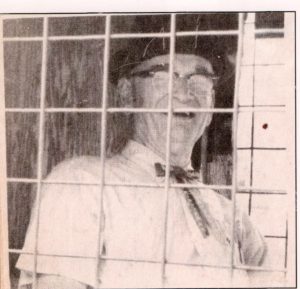 (Above right) Ferd Niebaurer, the Postmaster must have done something wrong! But, he’s still smiling. 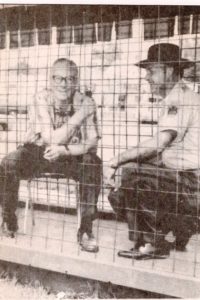 “Shutts” Buseck was so bad that Fairview’s police chief Norm King had to sit with him!

Uh, oh.  Looks like three of the Centennial officers were jailed too! 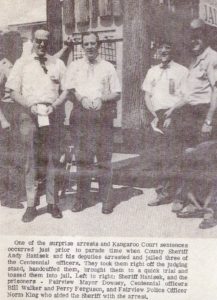 The last event of the day was the Old Fashioned Amateur Nite Talent Show.  It began at 8 p.m in the high school with Bob Copfer serving as Master of Ceremonies. It was another wonderful day and evening of memories. 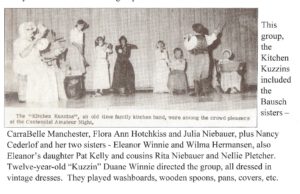