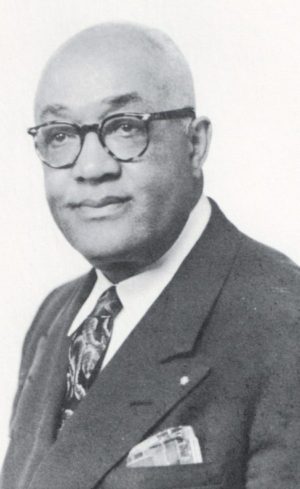 The second one – our “new” square grand – was owned by Earl E. Lawrence who taught music in all our schools during the 1940s.  His piano has “provenance.”

We are researching Mr. Lawrence’s life history and a good bit of it can be found in the Spring 1994 issue of the Journal of Erie Studies, written by Johnny C. Johnson.  Mr. Lawrence was a fine musician, played professionally, taught privately, and, well, there’s lots more about him in the article including the fact that during the Depression he realized he would need a new way to support his family and returned to college to obtain his teaching certificate.  It was at that point, 1941, that he applied to the Fairview School District and was hired to teach vocal as well as instrumental music through the whole school system.  Until then music in the school was mostly the annual operetta, directed by one or two of the women teachers.

The start of Fairview’s fine marching band began with Earl Lawrence. It was a drum and bugle corps at first… well, mostly drums until the buglers were up to performing in public.  And the drummers were there for all the football games.  They did not march, but on the sidelines,  beat out a cadence on their instruments when the team did well.

We hope to gather much more information on Mr. Lawrence, with lots of photos.  Several of our members remember taking lessons from him and we will gather those memories as well.

Meanwhile, the “new” square grand piano is on display in our parlor.  And what a beauty it is! 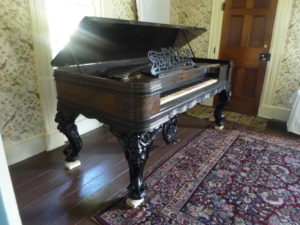 One thought on “Our “New” Square Grand”