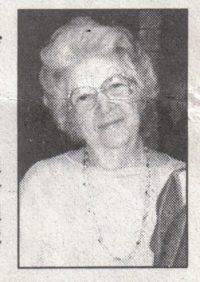 Years and years ago Chautuaqua was more than a location in nearby New York State.

It began in the 1870s as a summer training program for Sunday School teachers then developed a “tent show” to take to small hamlets and villages.  The idea was to bring culture to small town America.

It came to Fairview and the Presbyterian minister at that time, Rev. Calvin Reed invited the performers, lecturers, artists and musicians into his church for their programs. 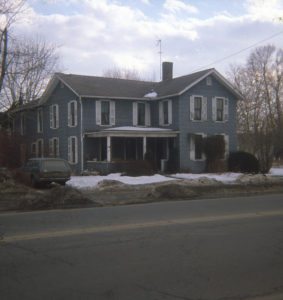 In 1986 an article about the experiences of some of those small town American citizens who had attended the programs was published in the Cosmopolite.  Esther Walker Hetz (see photo above) recalled that many of the years that the group came to Fairview, some of them stayed in her parents home.  “We just turned ourselves inside out to cooperate,” Esther said.

The Walker house was big, on Main Street across the road from Titan Tool, but is no longer standing.  Yes, the house was big, but the Walkers had ten children.  Add three or four performers and then remember that there was only one bathroom and it was outside… well.

Our May program is about the Chautauqua Movement.  Dr. Ferki Ferati, President of the Jefferson Educational Society will be our speaker.  That’s Wednesday, May 16 at the Sturgeon House.

The meeting will begin at 7 p.m. and is open to the public.  Admission is free.

One thought on “Chautauqua Came to Fairview”