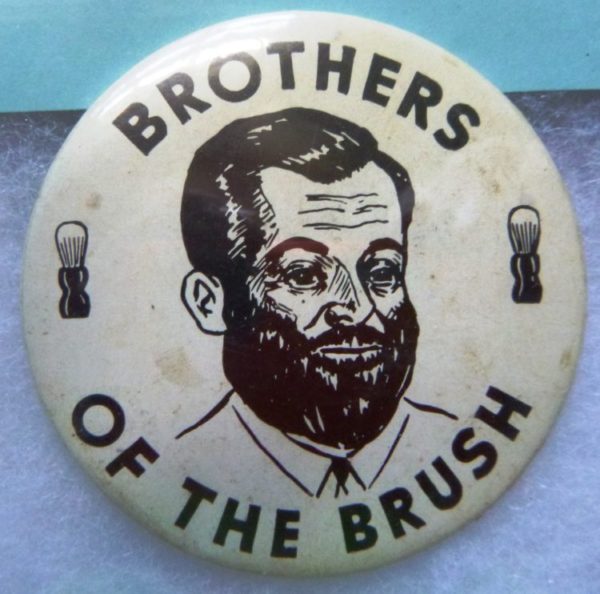 The buttons, mentioned in a recent post about the Centennial activities, are on display at the Sturgeon House as part of the summer 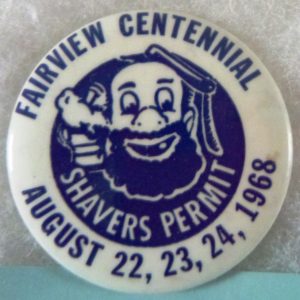 exhibit about the celebration.  The exhibit will be available to view until the end of August.  Meanwhile, there is one more public opening scheduled, that is Saturday and Sunday, August 18 and 19 when a World War II Pacific Paratroopers unit will be encamped in the side lawn.  As always, the house is available for tours, just call 814-474-5855 to schedule a separate visit.  Admission is free.

The first meeting of the Centennial Celebration Committee in August was the 5th.  All sorts of last minute items were on the agenda.  Anticipation was building, not only among the board members, but all those Fairview folks who had been looking forward to this very special event all year.

The last regular meeting before the event was scheduled for August 12th, but then a special meeting was needed on the 14th to settle some details for the fish fry with the Northwest JayCees who were sponsoring this event and the fisherie that was supplying the fish.

The Queen’s float for the parade also came in for some discussion.

Saturday, August 17 was looming.  On this night the first event was to select the queen, which was followed by a Queen’s Ball to honor the new queen.

Events began again on Thursday, August 22nd.  That week, so many men sported beards and so many women wore long skirts that it’s hard to imagine anyone was walking around  town wearing a button.