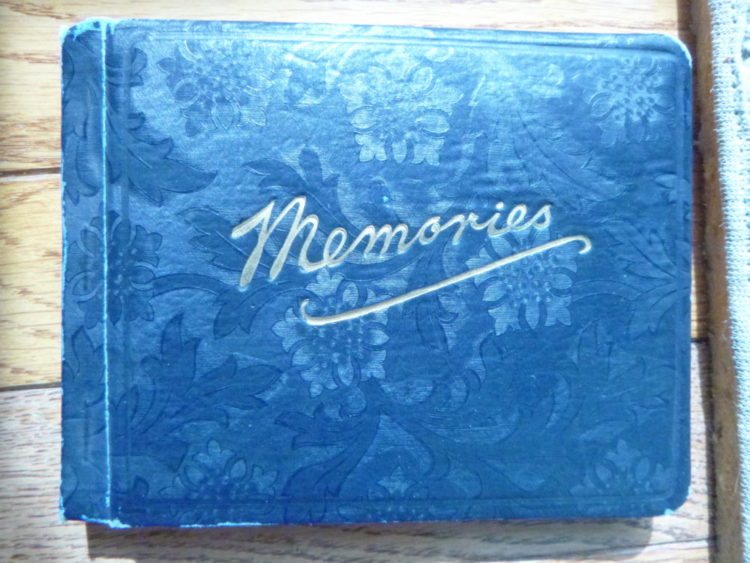 A recent gift to the Historical Society was an autograph book that belonged to a young Fairview girl who graduated in 1929.  How sweet some of the sentiments were – “You ask me to write – What shall it be?  Just two little words – Remember me.”

It was Laura Fitting’s autograph book, although by the dates on some of the entries, she collected them for more than a year, from her 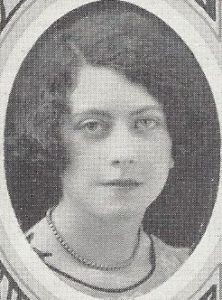 class as well as the class preceding hers.

Several of the contributors mentioned a reunion to take place in August 1987.  This will require a visit to the Cosmopolite microfilm at Blasco Library to see if it occurred, unless an attendee remembers it and will let us know.

According to the football issue of the Red & Black in December 1929, Laura’s classmates included Tom Ferguson, who by then was enrolled as a freshman at Case School of Science, in Cleveland; Florence Fox who was training at the General Hospital in Warren, PA; Hazel Gustafson who was “at home:”; Laurence Hauck who was enrolled as a freshman at Juniata College in Huntingdon, PA; Chester Johnson was an employee of Mr. Raine; Margaret Merritt was at home; Charles Mills was an employee of General Electric; Kathryn Peffer was attending Erie Business College; Howard Ponde was an employee of Disen Contracting Co, Helen Porter was an assistant in Dr. Durbin’s office in Erie and Archie Struchen was at home, as was Laura Fitting.  The remaining 15 were Esther Getz, Foster Pratt and Raymond Veith.

Such easy times… simple and innocent.  Here’s the entry from Lawrence Hauck, “In your chimney of life, consider me a brick.”  He added, “Remember when we went with Gus?”  and “Always get home early.” plus one more thing: “The girls are too fast for us – in basketball.”

The class of 1929 was either the first or second to graduate from the new Fairview Borough and Township High School.  The new high school, now Chestnut Street Apartments, was begun in 1927 and was dedicated on April 27, 1928 with tours of the building available to the public.