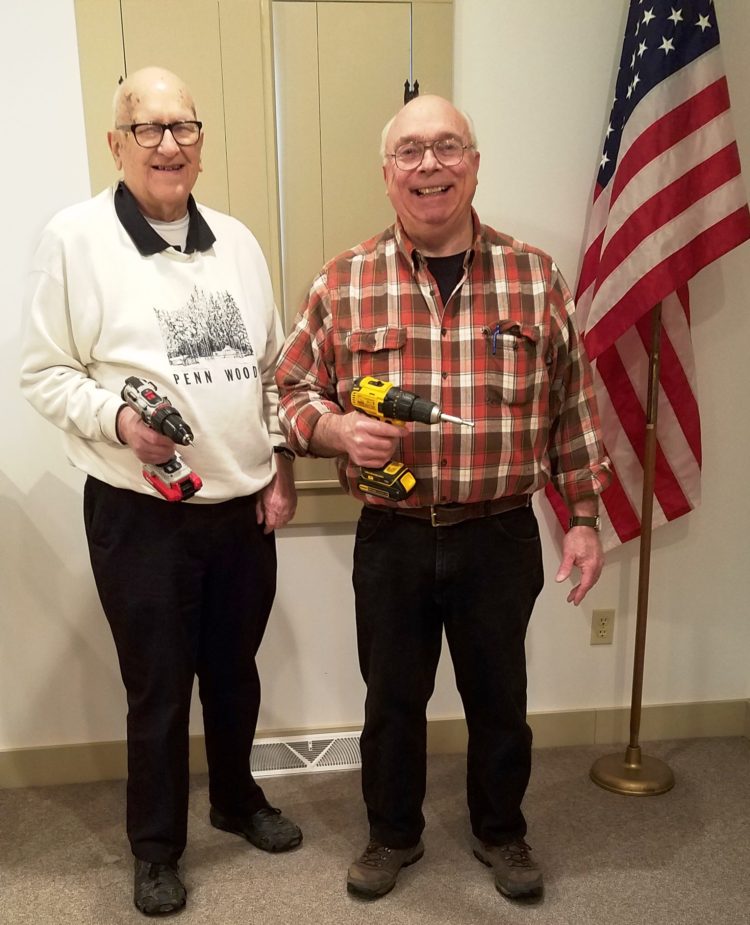 These two men have spent a great deal of time at the Sturgeon House over the years.  From 2010 to 2015 they met every other Saturday to build the archives on the second floor.  They began years before that, along with several others, when they worked on remodeling a room, thanks to a donation by the “Odd Fellows.” It was first used as a meeting room and now is a display room.

Then, from 2010 to 2015 progress on the archives was well recorded, and the long process is now a slide presentation.  Nearly every week, as the work continued, they were “on camera.” 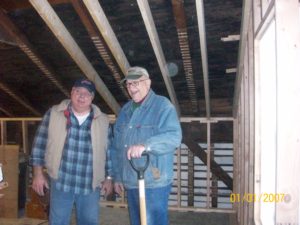 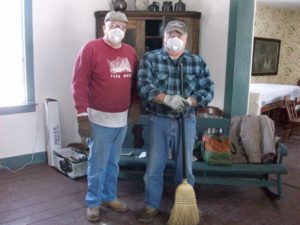 The featured image above shows them back at it, this time putting up shutters on the five windows in the new meeting room.

These two make a great team! 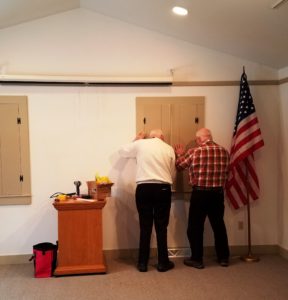 Why shutters?  Shutters create the darkness needed for the power point/slide presentation programs offered at the Sturgeon House.  And, they enhance the windows.

The first program of the season (Tuesday, March 5, 7 – 8:30 p.m.), will be Dr. Judith Lynch presenting “Made in West Erie County – Almost Everything.” It is a satellite program offered by the Jefferson Educational Society (JES).  The program is free, but anyone wishing to attend must register with the JES (814-459-8000) to be sure that seating will be available at the Sturgeon House.

Be sure to check out the Events page to see other upcoming programs this spring.