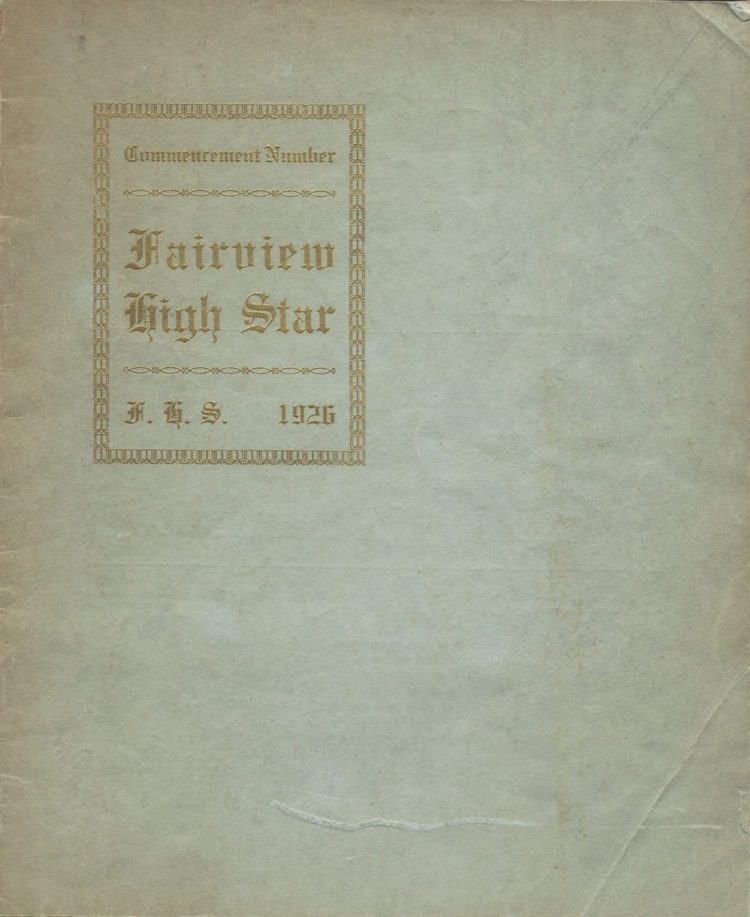 The Historical Society is fortunate to have in its collection most of the old school publications, such as the one featured here.  It is the Commencement publication from 1926 and includes several short blurbs (some include a good deal of history) of the businesses in the old borough.  Of them, two are blacksmith shops, although only one was called that this late into the 20th Century.

1 – “Edward Asmus began business at his present location on Church Street (now South Avonia Road) in 1891, and has carried on the business continuously, with the exception of two years spent in San Diego, California.  The business has increased steadily each year, giving employment to two men.  All kinds of wood work are done, repairing of machinery, automobiles, etc. and horse shoeing.  Electricity has been installed, and all machinery run by its power.  The building was enlarged some years ago, giving more room for the kinds of work done.  His business policy is the best materials used, good, honest work, and fair prices.”

Edward Asmus was listed as “The Proprietor,” and his business was under the heading: “Repair Work and Horse Shoeing.”  The building was set back from the road, a few lots south of the Fairview Hotel.  (The photo here shows the Hotel prior to 1921 when the owner at that time 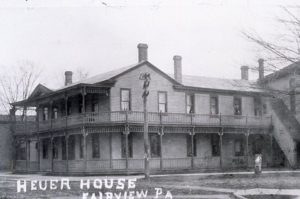 removed the attached building at the back.  It had been a livery stable with a second floor available for use by the community, including for school basketball games.  After 1921 the new owner turned the building one-quarter turn and removed the upper and lower verandas.)

2 – Under the heading “General Repairing and Horseshoeing,” Charles F. Busch, listed himself as the proprietor of The Blacksmith Shop.  His claim was that it had “in its history been a place of interest in Fairview.  It has been in existence about 70 years and during this period of years it has filled a helpful place for the people of this Community.  Mr. Busch, after buying the shop from his father, has successfully carried on this line of business for 35 years.

“He is ever ready at any time to give his best services to his patrons.

“At the present time he is a dealer in farm implements, general repair work and also a builder of truck bodies and bushel crates.”

This shop was located along East Main Street in the old borough, about where the Cakery is located.  An 1876 Atlas also lists a blacksmith shop in the township – in Swanville.

Once a common kind of work, blacksmithing is now a specialty. Interestingly, this same publication lists two auto garages in the borough.