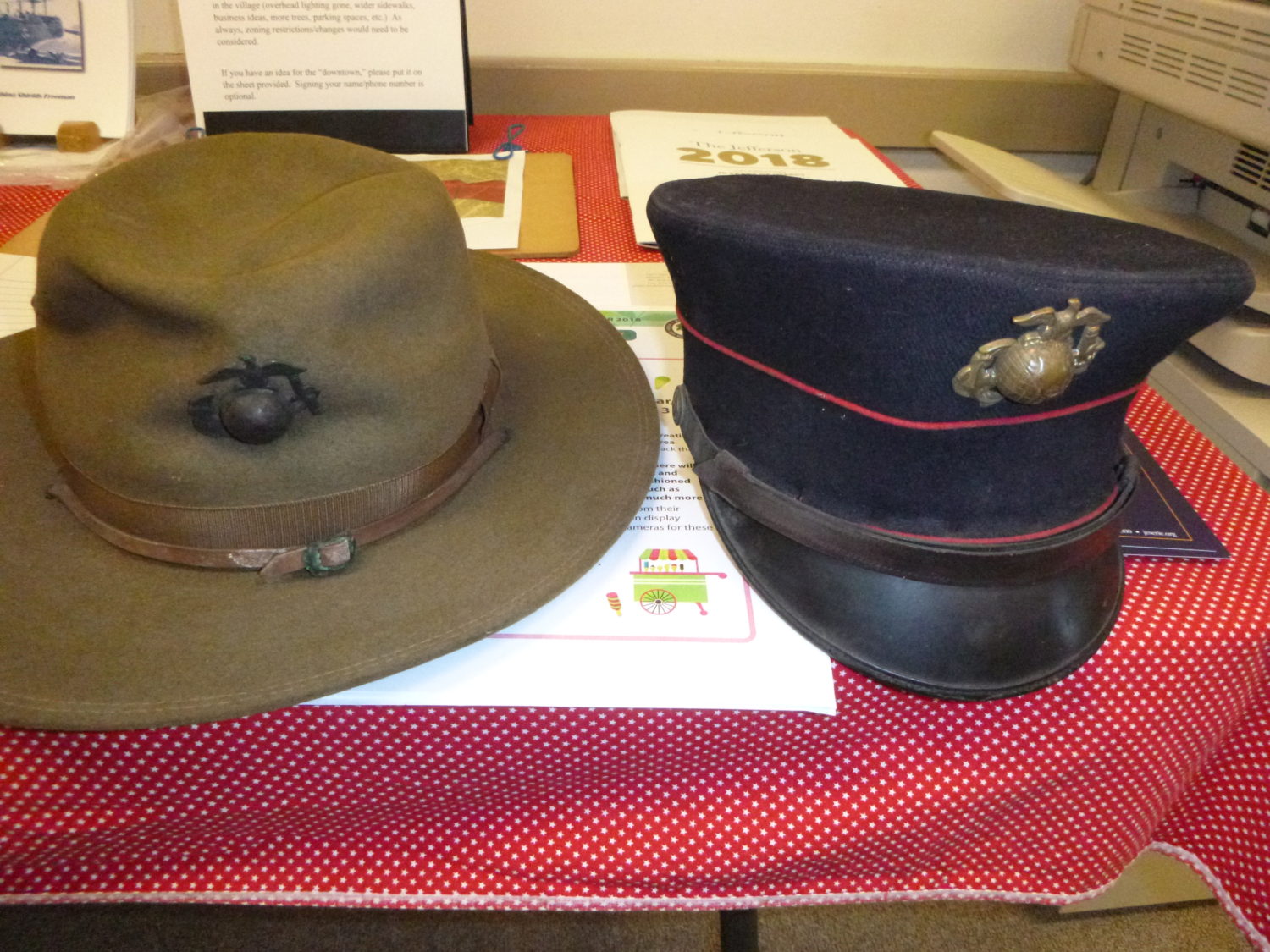 This year in November marks another anniversary.  It’s been 100 years since the Armistice was signed ending World War I.

One day this summer while several folks were at the Sturgeon House, a donor walked in with two uniforms from that war.  A WWI navy uniform was already in our collection, but these were army uniforms. 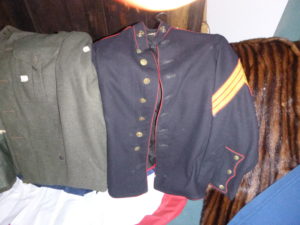 We will be acknowledging and celebrating the Armistice in November with a special program, and will have more news on that in a later post.

But for now… here’s a photo of the two newly donated army uniforms, with their hats as the Featured photo.

Teaser:  Did you know that twenty-two Fairview men who served in World War I organized the local chapter of the American Legion?  They named it for the first Fairview man to die in World War II – Orville H. Frank.