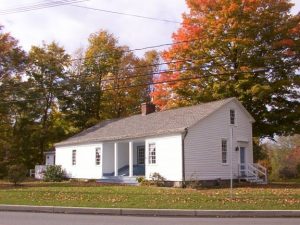 The Sturgeon House is located on the southwest corner of the intersection of Avonia Road and Water Street in the village of Fairview.  The village area, once commonly called Sturgeonville, and incorporated as Fairview Borough from 1868 through 1997, is the largest settlement in Fairview Township.

Fairview Township is one of the original 16 townships in Erie County.  It is situated in that portion of the county known as “the Erie Triangle,” which was a strip of lake-access land acquired in 1792, long after the state’s borders had been established. It would take several years before the area was made safe from Indians so that the land could be settled.

Men began to venture in about 1795.  Within two years the Sturgeon brothers, William and Jeremiah, journeyed to the area, drawn by the streams and fertile soil.  They selected acreage on either side of a stream (Trout Run) near the first natural ridge from the lake (now Route 20), cleared some land and built crude cabins for shelter.  In the following spring they made agreements to purchase these adjoining tracts from the Pennsylvania Population Company.  They planted crops and in August William returned to his home in Dauphin County, PA, with plans to come back with more supplies. The land where The Sturgeon House is located was part of the 407 acres, 84 perches bought by William Sturgeon, as recorded on February 5, 1803, in Erie County Deed Book R, page 295.

Jeremiah died in 1818 leaving six children.  The oldest was Samuel who was 17 years of age.  Jeremiah’s third child Martha later married John Brecht who purchased   three acres, seven perches from his uncle-in-law William Sturgeon on February 21, 1838, for $422 (Deed Book J, page 537).  Brecht subdivided the property into 11 lots and sold the easternmost three lots to his brother-in-law Robert (fifth child of Jeremiah), on August 4 of the same year for $204 (Deed Book R, page 343).

It is assumed the house was built in 1838, although some materials used in the construction date to 1820.  The house was built in the center of lots one and two.  It was built by Robert’s brother Samuel who became a well known builder in the area, constructing among others, the Monitor House (tavern) on the southwest corner of the State Routes 98 and 20 intersection in the village (razed in 1994); his home, called the Sturgeon Mansion, now the headquarters of the Fairview Evergreen Nurseries, Inc., on West Ridge Road (Route 20) and the Thomas Sturgeon house at the southwest corner of West Ridge Road and Franklin Avenue (razed in 1990).  Other Sturgeon houses and barns are in the old borough area and may have been built by Samuel as well.

The Sturgeon House is a federal style salt box structure, unique in that its main entry is through a recessed porch on the “low side.”  It was a simple farm dwelling with a dug basement under the original part.  A concrete floor was added later.  The original structure consisted of two large rooms on the first floor, two smaller bedrooms off to the east side, a storage area behind the fireplace and a dormer-like second floor. 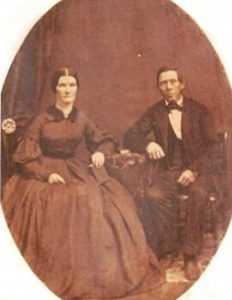 Robert Sturgeon had four children with his first wife Sarah Pollack.  In 1851, after Sarah’s death, he married Eleanor M. Jacks.  Two children, Sarah and Annabelle, were born of this union.  During the 1850s Robert enlarged the house, adding a kitchen, pantry and bedroom on the south end of the house and extending the dormer on the second floor. Perhaps at the same time he remodeled the parlor on the north end of the house, giving it a more formal Victorian look.

Robert sold lot three in 1868 to Susan Jackson.  On March 11, 1883, Robert died and his widow remained in the home until her death in 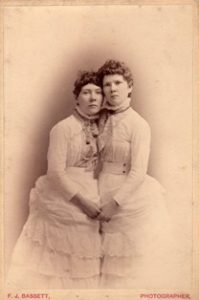 1896.  Their daughter Sarah, who had married George Asmus, inherited that portion of  Robert’s estate. In 1899 she and her family  moved from Fairview to Erie, retaining the house and  property for a rental.

The house continued to be rented for the next 80 years.  In August 1979 the surviving Asmus child, Robert Charles (1889 –  1987), sold the house and grounds to the Fairview Area Historical Society .  After the completion of an architectural study by historical architect Robert Krider, an authentic restoration began in the spring of 1980.

In June 1980 The Sturgeon House was listed on the Pennsylvania Inventory of Historical Sites and the following December it was accepted for placement on the National Register of Historical Places.  The Fairview Area Historical Society formed in 1976 at the close of a year of activities relating to the nation’s Bicentennial.  The Society has restored The Sturgeon House for use as a museum, depository of local historical/genealogical data, and as a meeting place.   In 2002 the Society removed a poorly constructed addition to the original house and added an appropriately designed meeting/exhibit room with handicap entry onto the south side of the building. 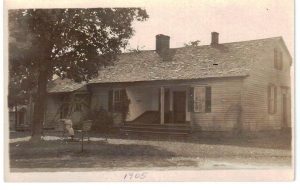 Membership meetings feature programs of an historical nature.  Meetings are open to the public.

Admission to The Sturgeon House is free for all meetings and events.  Visitors are very welcome.