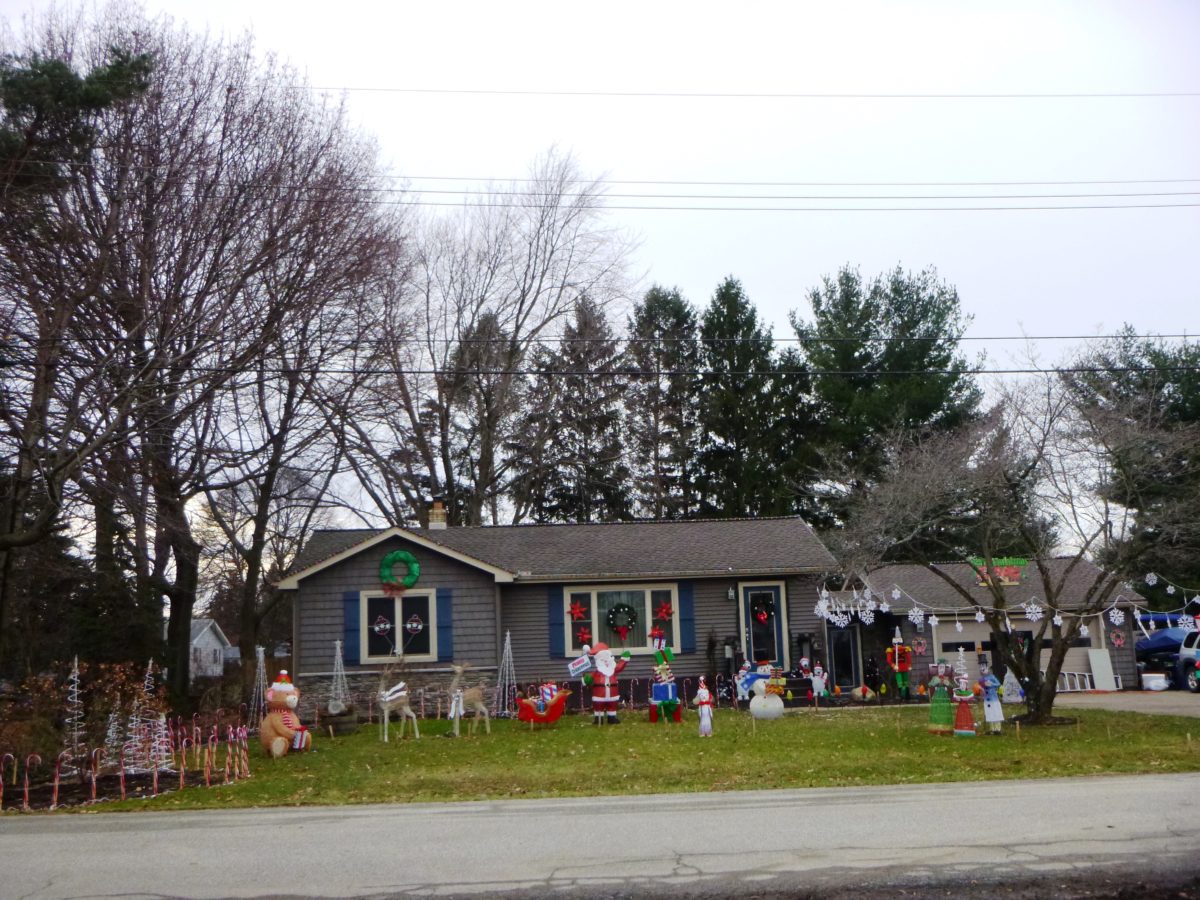 This week a visitor to the FAHS website reacted to the decorated houses being highlighted and wrote: “Another house to see is in Princess Ann Subdivision and just behind the Weis Library Church.  There must be thousands of dollars invested in this display.  It is displayed in conjunction with ‘Operation Griswold’ for the patients of the Soldiers and Sailors Home.  The display will be up until New Year’s Day.”

Our photographer took a look.

Weis United Methodist Church is located on the corner of Millfair and Heidler Roads, facing south (Heidler).  The church, outbuildings, cemetery and grounds occupy the entire block.  A drive around the block revealed one house that qualified as having a display large enough to cost “thousands of dollars.” 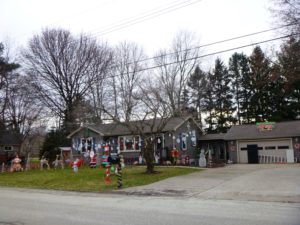 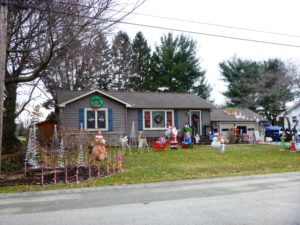 From the intersection go west on Heidler Road, turn right into the first road past the church grounds.  Just in on the left is this house.  The grounds are covered with Christmas decorations and more are attached to the house.  Our night picture was not as good as the one taken in daylight to see and appreciate the number of decorations.

We are intrigued by the suggestion that this display is “in conjunction with ‘Operation Griswold.’”  The website for Erie’s Soldiers & Sailors Home does not mention this project, although it does state that volunteers are always welcome as are contributions.

The three-story brick Soldiers & Sailors Home was erected after the Civil War (about 1867) for the “care of sick and unfortunate seamen on the lakes.”  It was called the Marine Hospital, but never opened to operate as such.  In fact, it sat empty for nearly 20 years before it was saved from total disrepair.  It was renovated and dedicated for use as a home for Civil War veterans and opened on February 22, 1886.

“On the day of opening eight veterans presented themselves and were admitted,” according to Nelson’s County History.  More land was acquired and since then additions, renovations and updates are constant.  Today it also offers hospital care for those veterans who are disabled or sick.  A cemetery has been located there since the facility opened.  Erie’s Home is one of six in Pennsylvania.

As for “Operation Griswold” perhaps someone will share some details on this…?

Oh, yes, anyone wanting to see this display as it should be seen – after dark and lit – only has until New Year’s Day.

Comment from a viewer:  We might ask Clark and Ellen Griswold about “Operation Griswold.” Could they know?