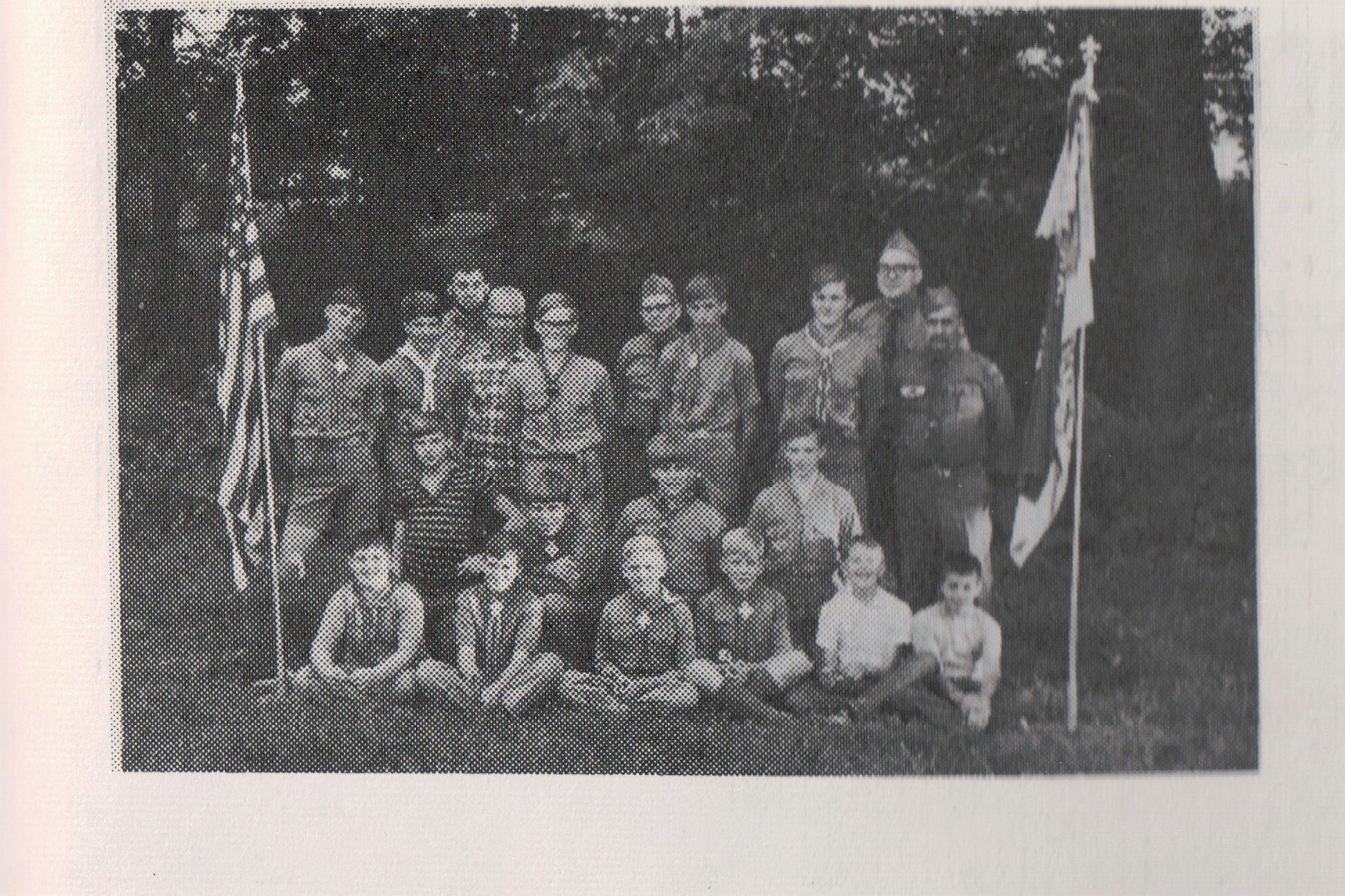 Scouting was big in Fairview in 1968, originally with three  locations for troops.   In 1936 Scout Troop #68 organized in the borough for boys.  They were sponsored by the Fairview Volunteer Fire Department.  The Scoutmaster was Arthur H. Ihsen, assisted by Neil R. Hetz and Gilbert Niebauer.  They met originally in the I.O.O.F Hall, then later in a small building behind the new (1940) fire hall. In the years between 1936 and 1968, 26 other groups sought charters.

The oldest Girl Scout Troop was organized in 1936 in the borough area.  They met at homes, school basements and at the B’nai B’rith Home for Children.  Leaders in these early days were Mrs. Arthur Michael, Mrs. Howard Graff, Mrs. Leroy Weislogel, etc.  Mrs. Gilbert Illig and Mrs. Carl Honeysett joined later to help lead this group.  By 1968 there were 15 troops in the Fairview-Manchester area.

No photos were included in the booklet of the Girl Scouts troops.