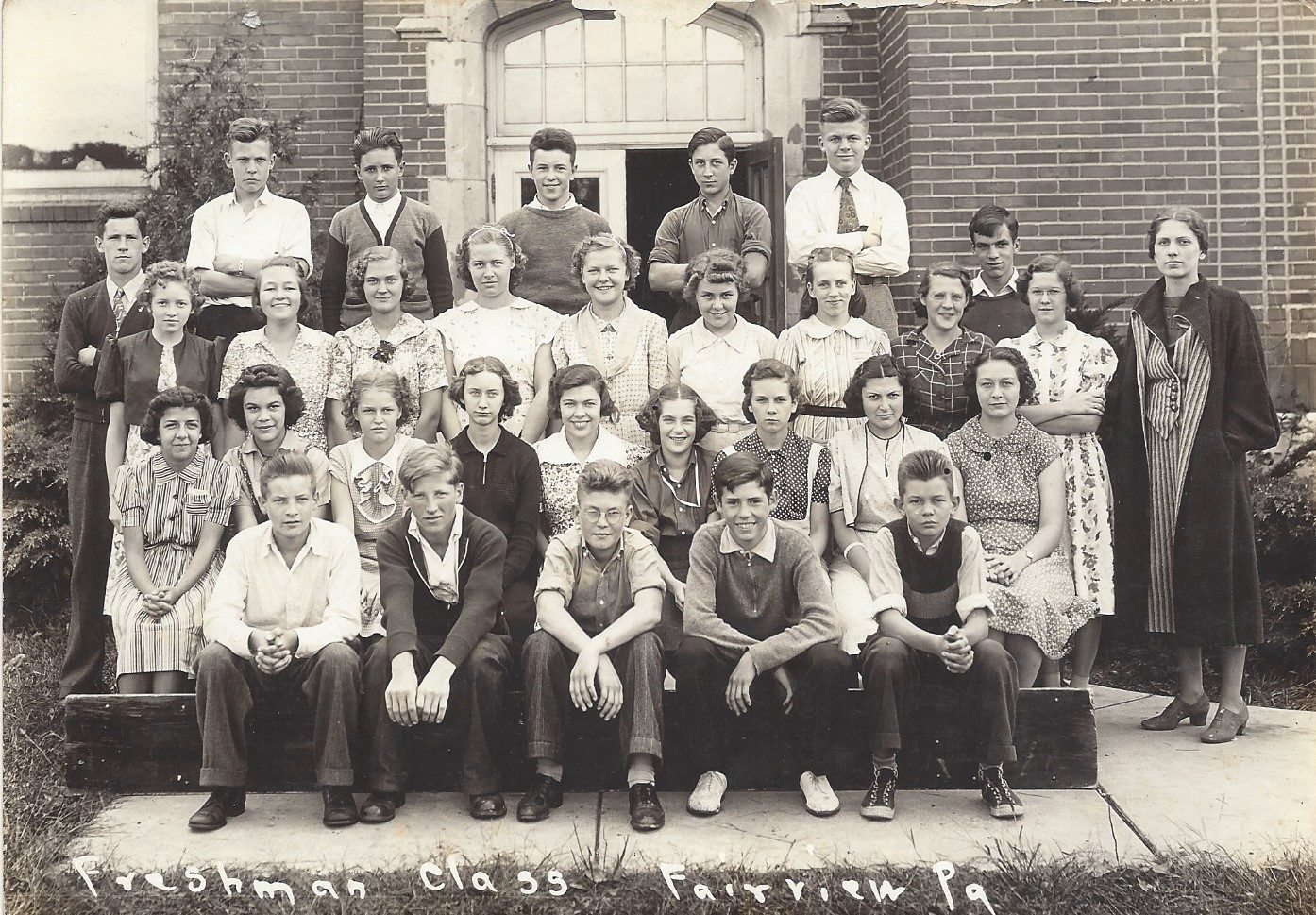 Recently members of the Edinboro Area Historical Society sent photos of schools and students that were not related to them, but to FAHS!  All the historical societies in the county joined together years ago to form “Erie Yesterday,” which is a consortium of historical societies and other historically-minded organizations.  This sharing of photos is just one benefit of membership!

The photo is undated, although some of the others were dated and they were from the 1930s.

We chose to show this one because the students were identified, with their names on the back.  The photo was taken after 1935 in front of the entrance into the Fairview High School gymnasium (in 1935 it was added on to the high school building erected in 1927). It later became Chestnut Elementary and is now a senior living center called Chestnut Street Senior Apartments.

For those who are “native” Fairviewites, this list of students must seem like a list from the phone book of early 20th Century Fairview Borough, it includes so many familiar Fairview names from that period.

FAHS sends many thanks to the Edinboro organization.

One thought on “Schools and Students (Circa 1935)”