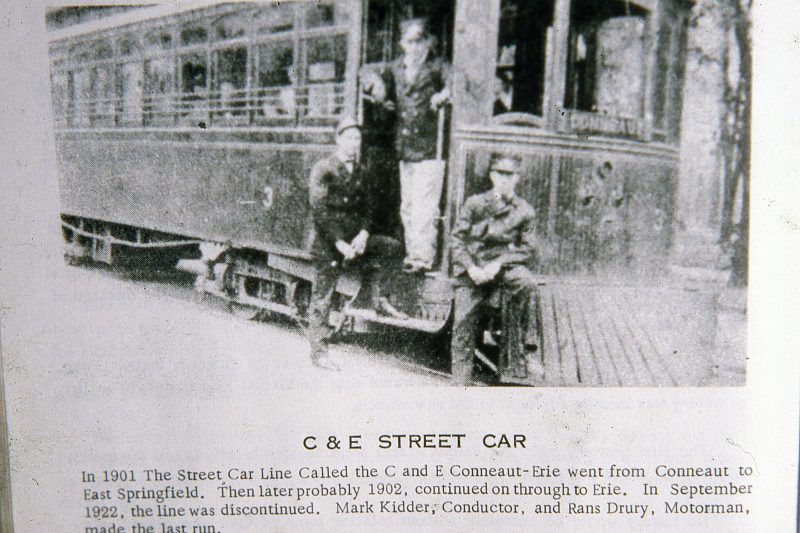 As far as public transportation goes, the trolley was a great success for a brief time.  It was available every day, with service going east and west.  It was inexpensive and, except in terrible snowstorms, it was reliable.  It also provided jobs for any number of men, some from Fairview.  They earned 15 to 20 cents per hour in the beginning, but once a union was organized, their pay went up to between 25 to 60 cents per hour.  They worked about 6 1/2 hours per day, seven days a week.

Fine.  But there was a romance about the trolley, too.  The motormen were highly regarded.  They “performed the duties of hosts, tour guides, public relations agents, salesmen and maybe even counselors to troubled riders,” stated an article in the Cosmoplite in 1985.

Laying out the track, especially around the gorges like Walnut Creek, was considered quite a feat.  About seven years (1910) into the service the Cosmopolite carried an article that glamorized the ride.

“The cars enter the Walnut Creek Gorge and follow along the narrow ledge where rocky banks rise on one side while grass covered hills slope downward on the other.  Every curve in the road brings new beauties into view and the traveler gets glimpses of geological formations on one side while an ever changing object lesson in botany is being shown on the other.”  The article also described the “ever changing view of the lake as the trolley travels along the rise of the Ridge Road.” 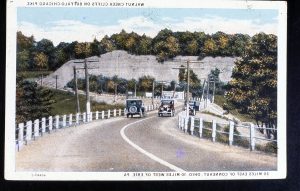 But romance with the trolley could not compare with America’s romance with the automobile.  After paving the Ridge Road began and continued west, the demand for trolley service gradually decreased. Its days were numbered.

Some folks still lament its passing.