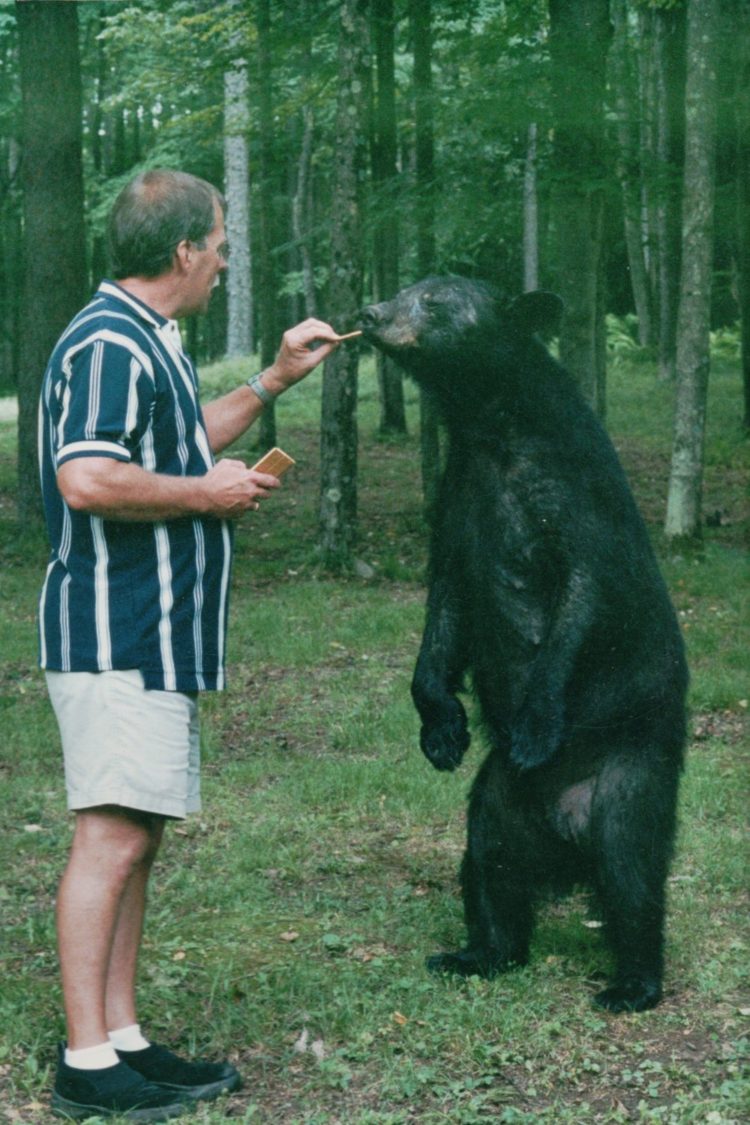 Not far from the Fairview Camp is Camp Laflin, once owned by a Fairview man named Bob.  His camp was just as rustic with little-to-no amenities as Fairview Camp, although his camp became more of a family place to gather, rather than a hunting camp.

In 1914 Bob’s dad first went to the area with several of his hunting buddies.  They traveled to the nearest town by train where a farmer picked them up in his pick-up truck and took them to a site in the forest.  They pitched tents and a week later the farmer came back for them.  At some point Bob’s father built a cabin and after World War II Bob leased adjoining property and built a cabin along with a fancy outhouse.

Bob must have been an “animal whisperer,” for animals of all kinds and sizes came to the site and became friends.  He was especially close 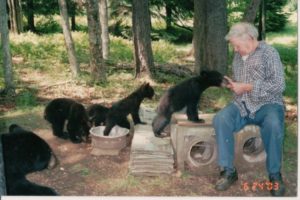 with a big female bear he dubbed “Ma Bear.”  She had four cubs in 2003 and five cubs two years later.  Her mate, dubbed “Big Guy,” came too from time to time, often settling down a foot or two from the front porch for a snooze.  Ma averaged about 350 pounds and Big Guy (right) weighed about 700 pounds.

And then there was “Sally,” another female bear. She liked pretzels and Ma Bear didn’t.  No disputes over food, but still, Sally and Ma Bear were not necessarily friendly with each other. 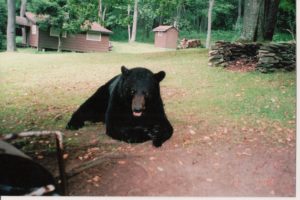 Big Guy had a favorite spot by the porch. 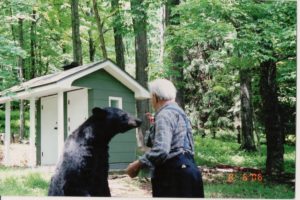 ow… note the fancy outhouse in the background.

On occasions raccoons and even the bear and her cubs were allowed into the cabin for food. 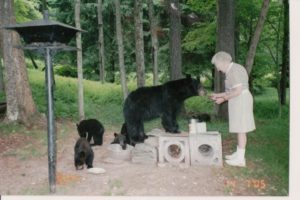 The animals came to be fed and for friendship for about two decades. The trust was real and included other family members.

The last time they were seen was about eight years ago when Bob died, but photos remain that tell the amazing story of Bob and the friendly bears.