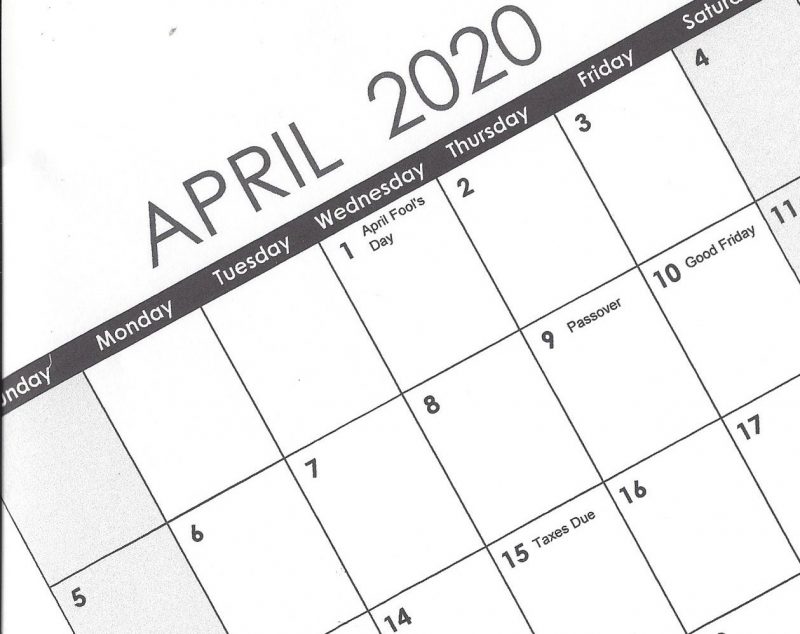 The month of April is fraught, yes, fraught with dates that are important to the U.S.  ‘Way back in 1861 the Confederates fired on Fort Sumter in Charleston Harbor and the most divisive event in our history, the Civil War, began.  The date was April 12.

Just a few days short of four years later (April 9) the Confederate’s General Robert E. Lee surrendered to the Union’s General Ulysses S. Grant.  Effectively, the war was over, although some fighting would continue for a short while.

April was already a tough month when the 1940s arrived.  At the beginning of the month in 1940 Germany seized Denmark and Norway and on April 6 invaded Greece.  The Germans had taken Poland the September before.  Now they intended to take France and eventually, Great Britain.  Where to next?

The war was going badly for the Allies when the United States entered it in 1941 and on April 9, 1942 our troops on Bataan in the Philippines 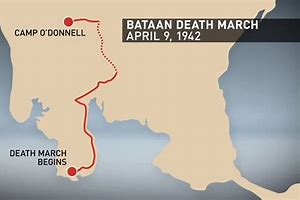 surrendered to the Japanese.  Those men, Filipinos as well as Americans, numbered 76,000 of which about 10,000 were American. They were brutalized as they marched about 66 miles to a railhead, then another seven miles to an internment camp.  Fifty-four thousand reached the camp.  Many more died during the three years of captivity.  The Japanese leader of the invasion was held accountable.  He was tried, convicted and on April 3, 1946, was executed for his war crimes.

Three of the leaders of the various world factions in that war died in April 1945.  U.S President Franklin Delano Roosevelt

If more proof is needed about the importance of the month of April to our country, consider this:  the 16th Amendment to the Constitution was ratified in March 1913.  As a result March 1 was selected as the date for income tax to be due.  It was changed to March 15 five years later and has been April 15 for some years now.

Something more should be said about the Bataan Death March.  According to Michael Norman and Elizabeth M. Norman who stated in their article for the Encyclopedia Britannica, this was “the first major land battle for the US in World War II and one of the most devastating military defeats in American History.”  They added the total (76,000) was “the largest army under American Command ever to surrender.”

And, since Women’s History Month is just over, something should also be said about the Army and Navy Nurses who were stationed on Bataan during this period.  They numbered almost 90.  As Bataan was falling to the Japanese the Army nurses moved to Corregidor and set up a hospital facility there.  The Navy nurses moved to a different facility. On May 3, 1942, 12 nurses were able to escape on a US submarine to Australia. The remaining nurses were taken prisoner on May 6 and moved to internment camps.  Both groups – Army and Navy nurses – endeavored to perform their duties in a structured environment, serving shifts and wearing similar clothing to suggest uniforms.

Imprisonment was very difficult.  Eventually they were reduced to 700 calories a day, but the nurses in charge insisted they all perform their duties each day, even though medical supplies were about non-existent.

In January 1945 the Philippines were retaken by US troops and all the prisoners – men and women – were liberated.  All 77 women who had been taken prisoner survived the ordeal. Said Elizabeth Hanes who wrote the article, “Angels of Bataan and Corregidor” for the History Channel, those women “are legendary among all nurses.”