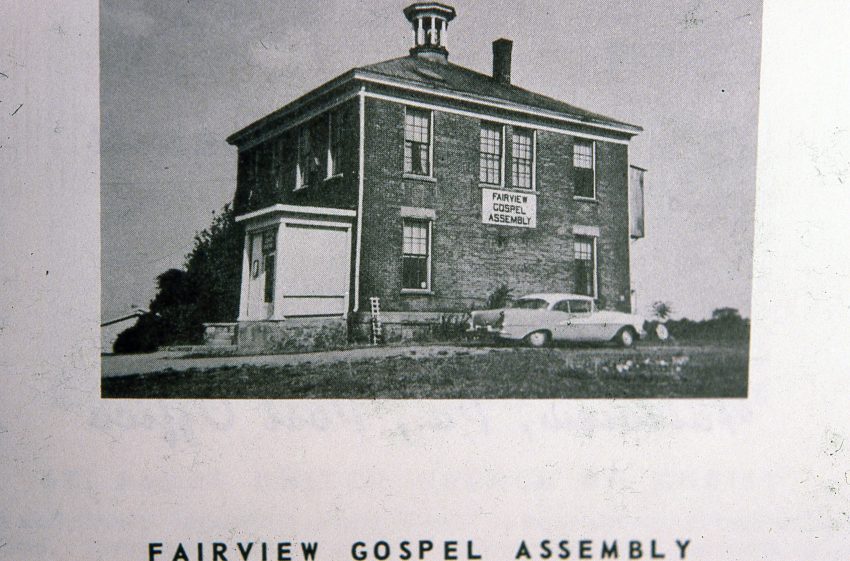 As the school year comes to an end we are reminded of all the activities that should be happening in this season.  We commiserate with those graduating seniors who will not experience the excitement and sadness of their last days as an organized group, and certainly, their last days with some of their friends, plus the meaning of Commencement.  It is a time meant for their passage into young adulthood. How difficult will it be in this period of “social distancing?”  Certainly, it will be a tale told to their grandchildren someday.

The idea of schools reminds us that two photos were given to the Society about three years ago that have never been published.  These are from the building known officially as “South High,” but generally and locally as “Sterrettania.”

The borough and township had separate systems and in the borough the Union School (on the present Post Office location) offered classes for older students.  It burned down in 1891 and construction began soon afterward to replace it. The grading system in the county began in this building and by 1910 the school offered four years of high school.

Meanwhile, in 1905 the township felt the need to construct a high school building.  Prior to that children either ceased their education, went into Erie to attend upper grades, or arranged to go to the Union School in Fairview Borough.

The building the township erected was called South High (also known as Sterrettania) and was located at the northwest corner of Sterrettania and Route 98 (Avonia Road).   It had two floors so that all ages from the area – including some nearby students in the Girard system – could 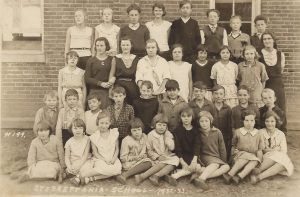 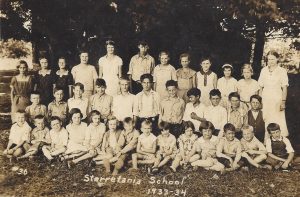 South High, along with the three other brick school buildings and the 12 one-room schools in the township were stated-mandated to close in the 1950s and the children were all brought together into one combined system.

After it closed as a school South High was the location for Fairview Gospel Assembly church, then a wood furniture-making business called the Pequod, and finally (as well as presently) a private residence. 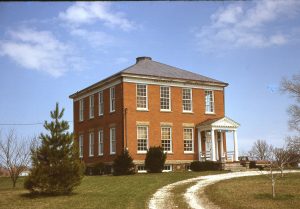 The children in the photos are all identified on the back, along with the teachers (Adelaide Ort in 1932 and Miss Neuberger in 1934).  Ernest F. Sell of Union City is credited with taking their pictures.