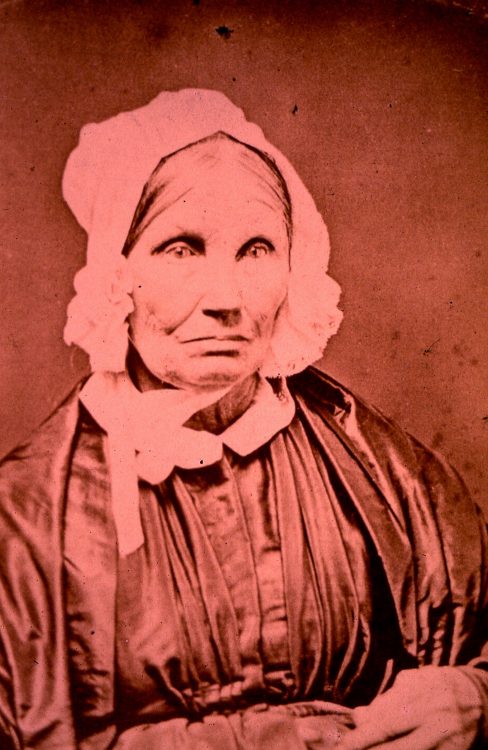 Surely every woman in Fairview Township is extraordinary in some way. But, on this, the last day of Women in History Month, it is important to acknowledge one of the early women to settle in the township.

Elizabeth Canon, whose mother was widowed, but whose uncle, Colonel Canon, kept a kindly eye out for the two women, lived in a town called Canonsburgh.  In the town was the college and seminary where an earnest young man attended with the desire to become a Presbyterian minister. He yearned to minister to the people living in the far reaches of the country.  During some point while he was attending the schools there, the two met and developed a bond that turned to love.

After completing his seminary work Johnston set out on a probation period to preach and observe the various areas where he might settle.  In 1806, while in the newly opened northwestern part of the state, he was ordained.  The ceremony was conducted in the barn of one of those early settlers.  After Johnston’s return to Canonsburgh, on September 30, 1807, he and Elizabeth were married. Although born and raised in a developed “market town,” she willingly followed her husband to the frontier community called Fairview where they expected to live a life of “poverty and privation.”  He had been offered the position of serving two congregations, one at the Fairview settlement and one in the Springfields.  They set off for the lake region on a trip expected to take at least four days.  She rode on horseback through the wilderness, seeking shelter from homesteaders along the way, or sleeping out under the stars when necessary.

They took up farmland near Fairview, thus helping to provide for their own needs.  Besides tending his crops Johnston visited members of his two congregations, ministering to their souls and counseling on any other problems they had.  Generally, he was called away too frequently.  Members of the church often came calling, bringing food with them on occasion as part-payment for their individual pledges. Meat sometimes was tainted.  Vegetables were spoiled.

When she first arrived the female parishioners, in particular, were anxious to meet and judge her.  Most expressed the feeling that “the wife is of about as much account as the minister himself” and watched her behavior with extreme interest. She quickly proved that she wanted to be as much use as possible to her husband.  She did not “put on airs” but rather earnestly wanted to learn how to be self-sufficient on the frontier.  Niceties were no longer available to her. Elizabeth learned how to make straw hats, to card, spin and weave wool and much more.

There were those who were still skeptical, however.  They felt the boughs on her Sunday hat were pretentious, until she revealed that the ribbon had been sent by her widowed mother who missed her greatly.

With help from his congregation, Johnston was able to erect a log church by 1809, the first church west of the Erie settlement. 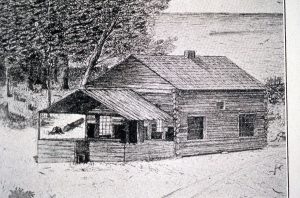 And then, the threat of war came to the region.

In 1813 as the Battle of Lake Erie approached, every able-bodied man in the county was called to Erie, which became a war zone. Johnston performed as chaplain to the fleet-builders and fleet, and perhaps the many troops who passed through Erie. When it came time to tend the crops, it was she who did it that year.  A nearby elderly farmer taught her how to bind the sheaves of oats. She put her three young children on a blanket in the shade and proceeded to perform the tasks.

She said, “In these days of war when men are in the service of their country, even women must try and make themselves useful.”

The dissenting females in the congregation felt that things were “goin’ to ruin.” News had come from the west that the forts were destroyed and the Indians, who had allied themselves with the British, would be coming along the lakes to ravage everyone in their path. The most anxious among them wanted to burn their barns and homesteads, but the calmer voices, such as Elizabeth’s, prevailed.

At last the day came when the fleet, under Perry’s command, sailed west for the coming battle.  All hope rested with him.  Johnston now had time to return home and spread the news that the fleet was on its way. When the news came back to them, it was that Perry had met the enemy and been victorious.

As the county settled into normalcy, Johnston was often gone to preach and console.  At one point, while he was away, their youngest child, a daughter, fell ill.  Elizabeth kept vigil through the night and in the early morning, the little girl died.

The coming Civil War caused various church congregations such as the Presbyterians to split into Old School and New School.  This occurred in 1842.  Two years later those who remained with Reverend Eaton at Lakeside built a new church on Route 20 near Manchester Road. Johnston died in 1847 and four years later the building on Route 20 was moved to Millcreek to become the Westminster Presbyterian Church.  Elizabeth died in 1872 at 98 years of age.  The Millcreek church was replaced in 1894 and is still standing.

In all, she and Johnston had six children.  The oldest, Jonathan, followed his father into the ministry and in 1880 wrote a fictional account of his parents’ early life titled Lakeside.  The quotes are from the book.