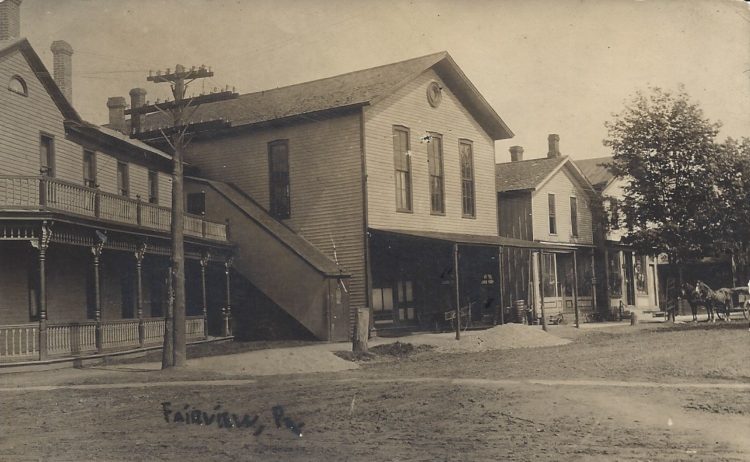 Actually, the Fairview Hardware (in the featured photo it is the building on the extreme right), is probably the oldest continuing business in the township.  According to the school commencement publication the building was constructed about 1870 on Church Street (aka South Garwood and now South Avonia Road).  The building was divided and the hardware store occupied half of the structure.  Names of some of the early owners were Phillips, Gulliford, Kirk and Fargo, and Kirk.

In 1892 the Baumgartner Brothers purchased the store and operated it successfully until 1906 when one of the brothers died.  The store was sold at that time to partners Sterrett and Thornton.  A year later it was sold again, this time to Richley and Bixler who operated it for 13 years.

That was 1919.  Mr. Bixler died at that time and C. C. Hayes bought the store and operated it for two years.  At that point Getz and Buseck 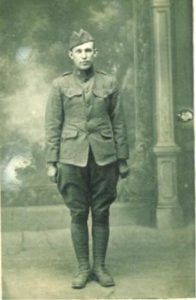 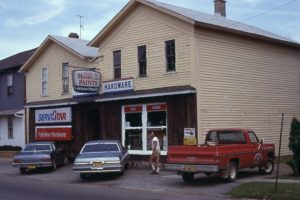 Ernie Leopold as a clerk  who one day bought the store from Shutts.  At some point the building was remodeled and the business expanded into both sides.  After a few years, Ernie moved the business into a building vacated by Spectrum Control on the east side of the old borough, on East Main Street.

During the Buseck years the original building was expanded to reflect the growth in the business.  Stock was expanded too to reflect the availability of automobiles and electricity in the borough and township.  In the 1926 booklet examples of the new stock were automobile tires, bathroom fixtures, refrigerators, furnaces , electric washers, and other electrical appliances.

Today the owner is Ken Kupniewski who bought the business from Ernie Leopold.  The original building found other uses, but was lost by fire a few years after Ernie moved out. 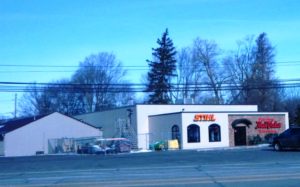